Supporting Schools and
Teachers Since 1994!

Free delivery on orders
over £500

We are rated excellent on
review websites 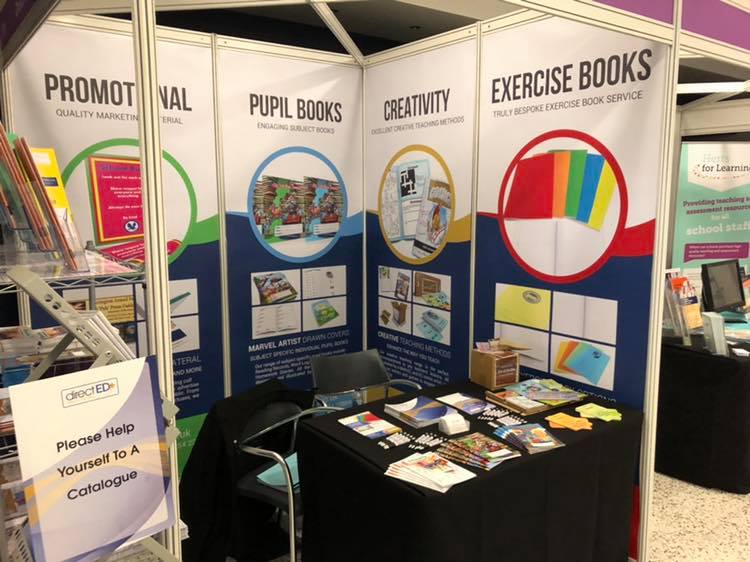 The show played host to hundreds of discerning teachers looking for a bargain on the stands and some insight from the seminars and workshops. From our wanders around the venue, they would not be disappointed. There were plenty of fantastic education-based companies showcasing their talents. The seminars were also a great success, a particular highlight would have to be Roger Black MBE giving a talk on striving for excellence.

Without sounding big headed, we felt our stand offering was one of the best we have done in the many years we have been doing this. The stand played host to all of our range from Exercise Books to Creative Curriculum Comics, Citizenship Colouring Books to Curriculum-Based Games. The feedback and new custom we garnered on the day made sure that we will be a returning exhibitor for many years to come.

Come and take a look at our brand new #Sustainability Book and our #Phonics Book. These are really special! #LASBM… https://t.co/RcZzPNXRrg

All ready to go for the @LASBM conference @MyttonFoldHotel. Come and talk to us about exercise books,… https://t.co/uBp5VnveNG